Anna Orton BaHons, MA Fine Art, MA Theatre design. Orton is a designer for performance, fine artist, collaborator and concept builder. She has worked with the likes of Tom Morris, Sally Cookson, Donnacadh O’Briain, Theatre Ad Infinitum and Jemima Levick. Orton designs for Opera, dance, theatre, site specific, installation and immersive. With an extensive previous career as a curator and exhibiting fine artist, Orton brings this experience into her aesthetic as a designer, using the language of the arts as a stimulus and intuitively as a constant influence. 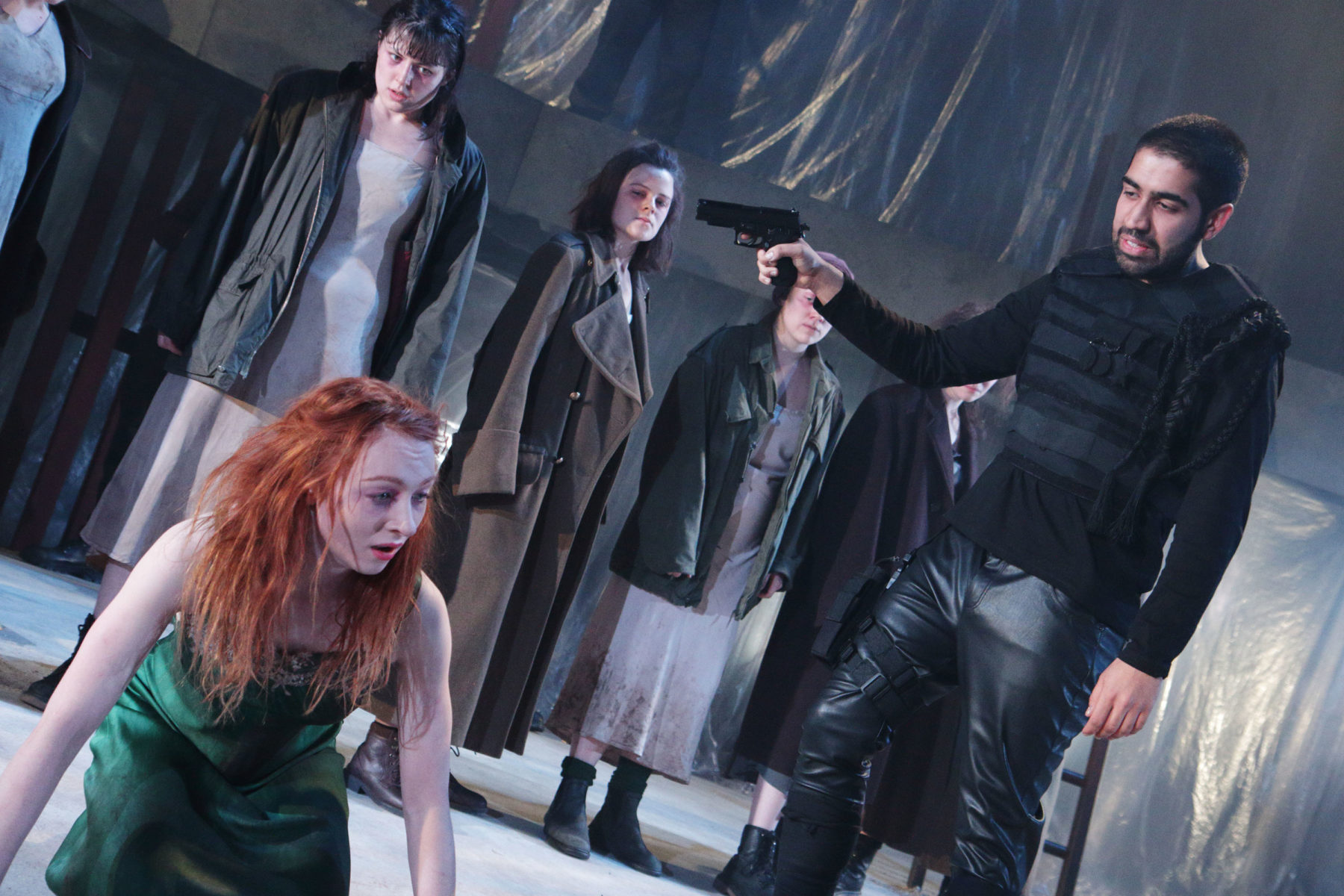 My brief for this production was, in short, to portray the strength in women. The production was none time-specific yet, the design was to nod to the fact that its themes are still relevant even today, while acknowledging the fact we are on a stage and making theatre.

Working closely and collaboratively with the set designer, Fiona Rigler, it became apparent textures were to play an important role. Where she explored sand and plastic sheeting I focused on silks, wool and leather. The vulnerability in the silks, and the strength in the heavy wools became the crux of how the actors portrayed themselves, through movement and chorus works. For a design to become such an integral starting point for the portrayal of a story is a wonderful opportunity. 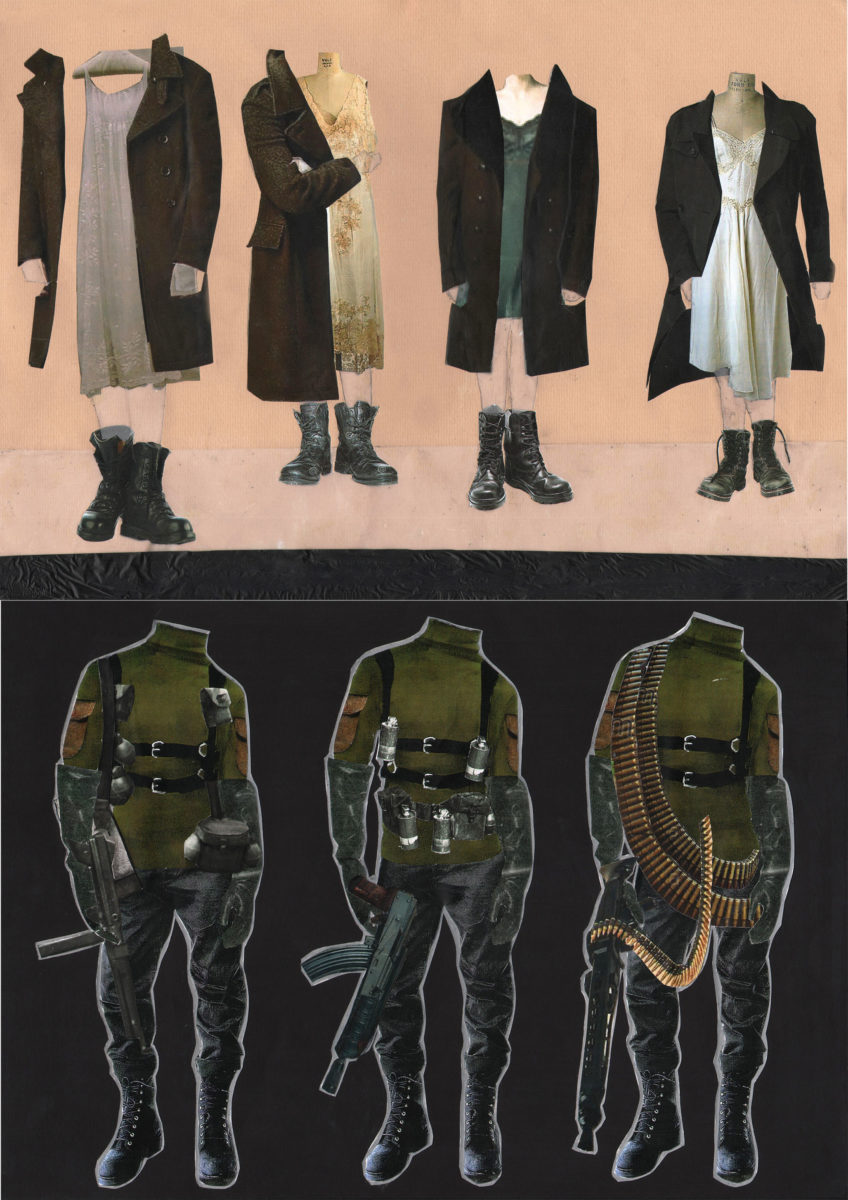