Lucy is a co-designer of Roundabout, the world’s first flat-pack theatre, which was commissioned by Paines Plough and went on to win The Stage Award’s “Theatre Building of the Year”. She is a founding partner of Studio Three Sixty who design bespoke temporary spaces for performance and created The Mix, a pop-up entertainment venue for the Wilderness Festival in Oxfordshire and are currently under commission to Wise Children to develop a “Temporary Utopia Kit”. She is a theatre consultant for Charcoalblue, currently working with the Institute of Contemporary Art ICA in London and the Royal Academy of Dance. 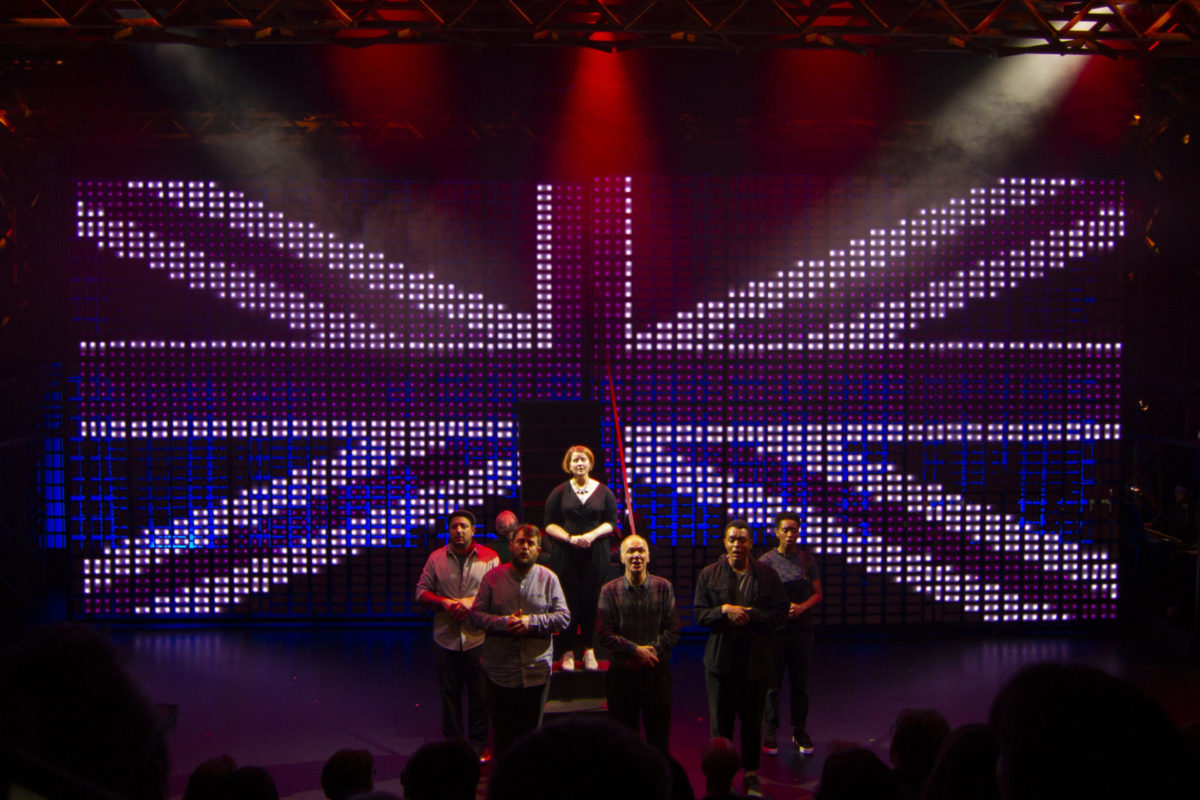 The Assassination of Katie Hopkins 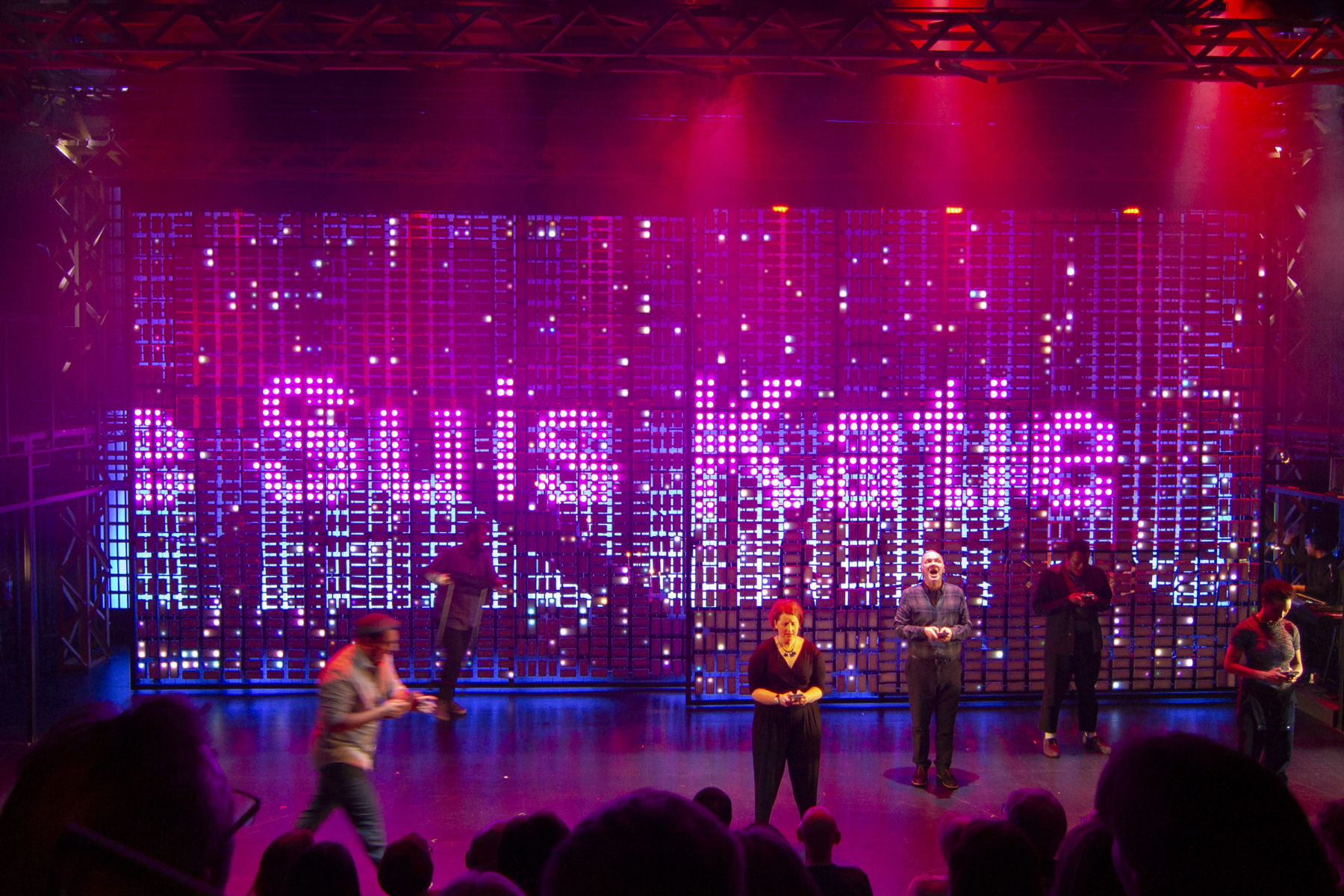 The Assassination of Katie Hopkins demanded we find a way to visualise and dramatize the internet and the power and effect of social media, and we set out to create a visual and sonic landscape which could support both the personal and the epic stories in the show.

The key moment was a workshop held several months before we went into production, where the textures of design, lighting, video, sound and music were explored, and we committed to each discipline being entirely dependent on the others. The orchestration would be entirely electronic. This music feed would then trigger the video, sound and lighting effects so the whole space was constantly reacting to the energy and sound of the music, much in the same way that the internet is constantly alive and responsive, and a tweet can ricochet around the world making waves in just a few seconds.