From a background in literature and political science, Miriam trained in Scenography with Pamela Howard and Henny Dorr in London, Utrecht and Prague. She is an artist and scenographer, who creates politically and socially, engaged work in theatre, printmaking, photography and participatory projects.

She is Artist in Residence at SOAS, University of London, associate artist with award winning 20 Stories High Theatre, team member of Art Refuge UK’s projects in Northern France and a commissioned artist with Mothers Who Make. Much of her work is collaborative and participatory, with artists, academics and the general public.

Recent projects include collaborations with the Clean Break, National Theatre, Talawa, Theatrerites, Royal Court. She is particularly interested in new writing and visual theatre making. Believing that theatre has the unique possibility of communicating meaningfully to wide and diverse audiences, she has worked in many countries, helping to tell ‘hidden’ stories not often told. 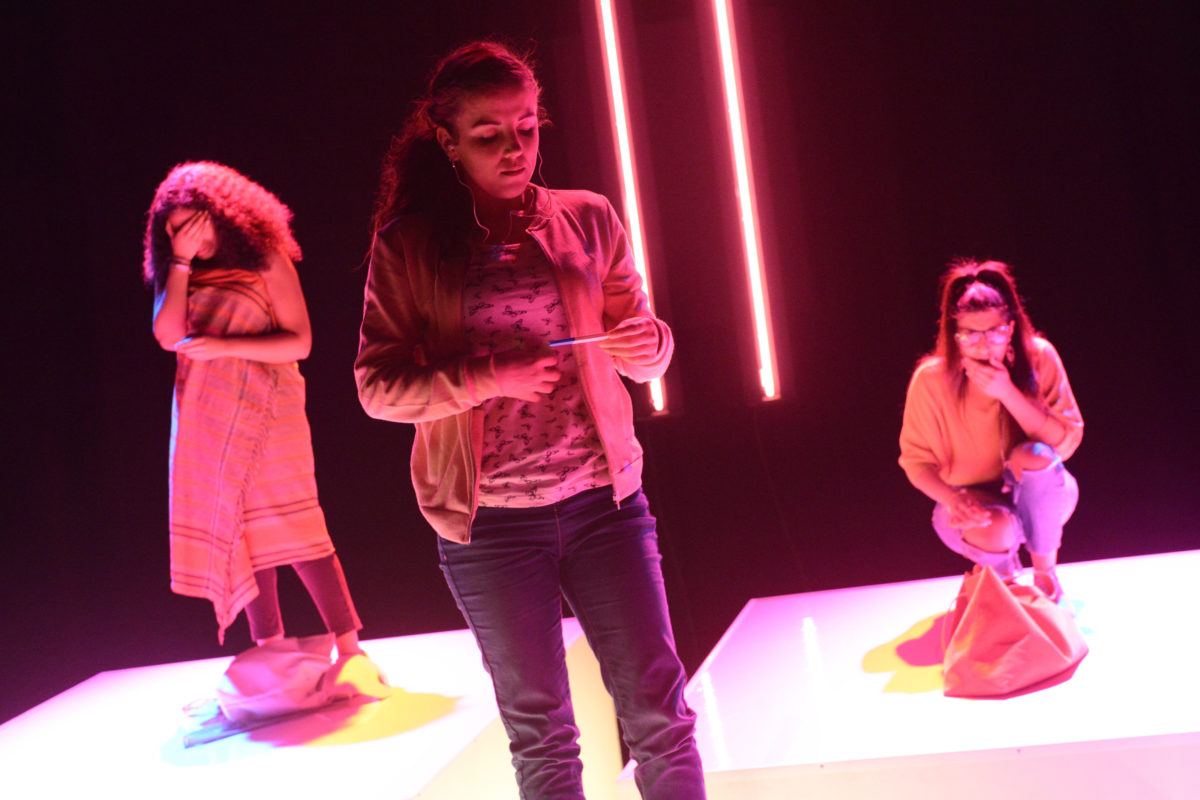 I Told My Mum I was Going on an RE Trip 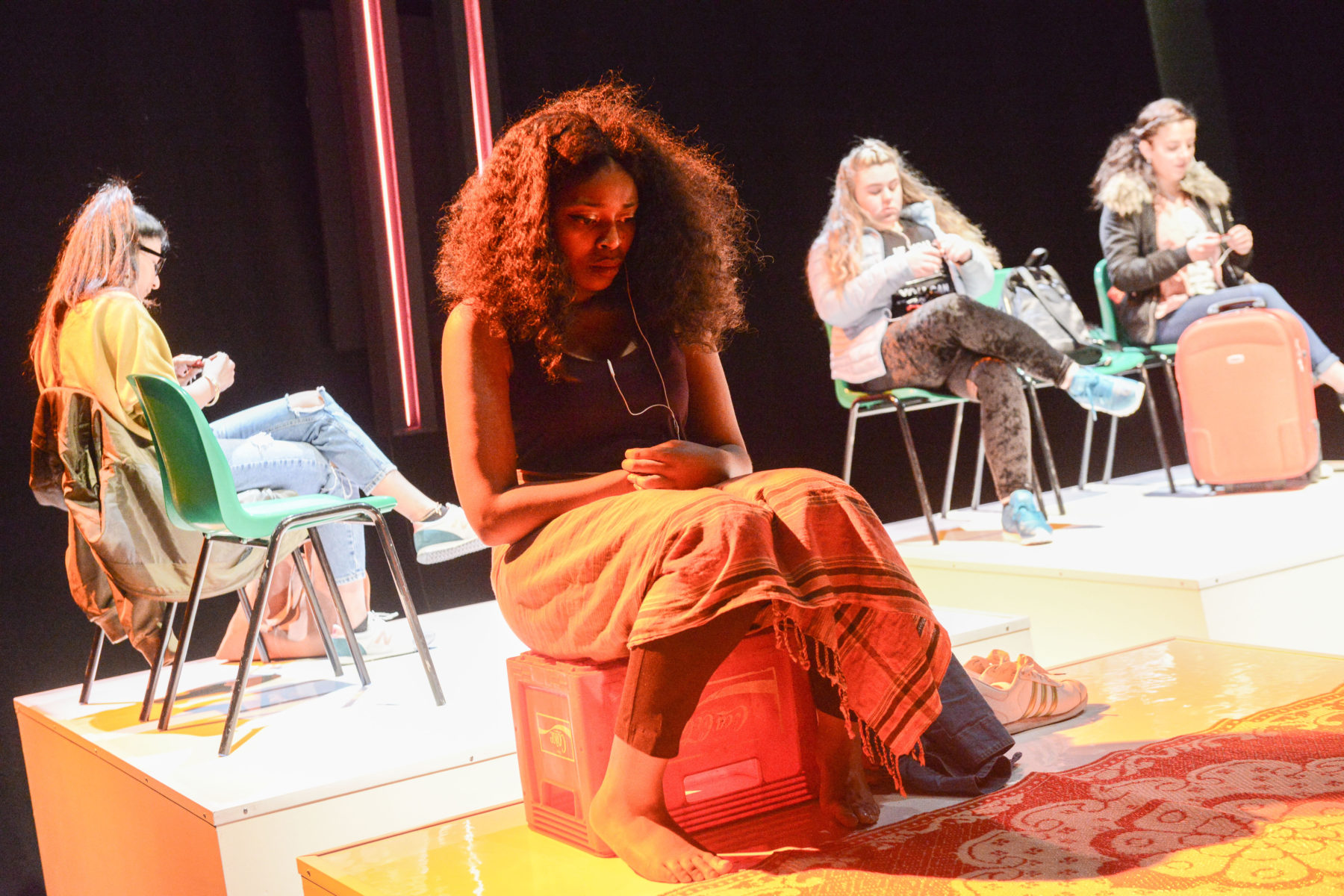 I Told My Mum I was Going on an RE Trip. deals with young people, abortion and their rights to access. Created on the 50th anniversary of the legalisation of abortion in Britain, writer/director Julia Samuels explores the way in which society treats abortion and how this impacts on women today, and asks what would happen if we started to talk openly about it?

We began collecting interviews, images and raw materials. As the play was verbatim, the key design challenge was how to respond in a meaningful non-literal way, which allowed performers to play themselves and other characters, stepping from one scene to the next without interrupting the flow. The design emerged so organically, that it was hard to pinpoint whose idea, or in what order, concepts emerged. James Turrell and Paula Rego were visual inspirations. The abstract space became a canvas on which to play hard personal and political truths: the purity of the neon light became essential, hung as two strips, it became the two pink strips of a POSITIVE pregnancy test, and a metaphorical ‘pause’ signalling the emotional state of the characters at this moment of limbo.

Later, as a BBC Performance Live film, directed by Lindy Heyman, reaching an audience of over 500,000, and currently touring the world’s film festivals. 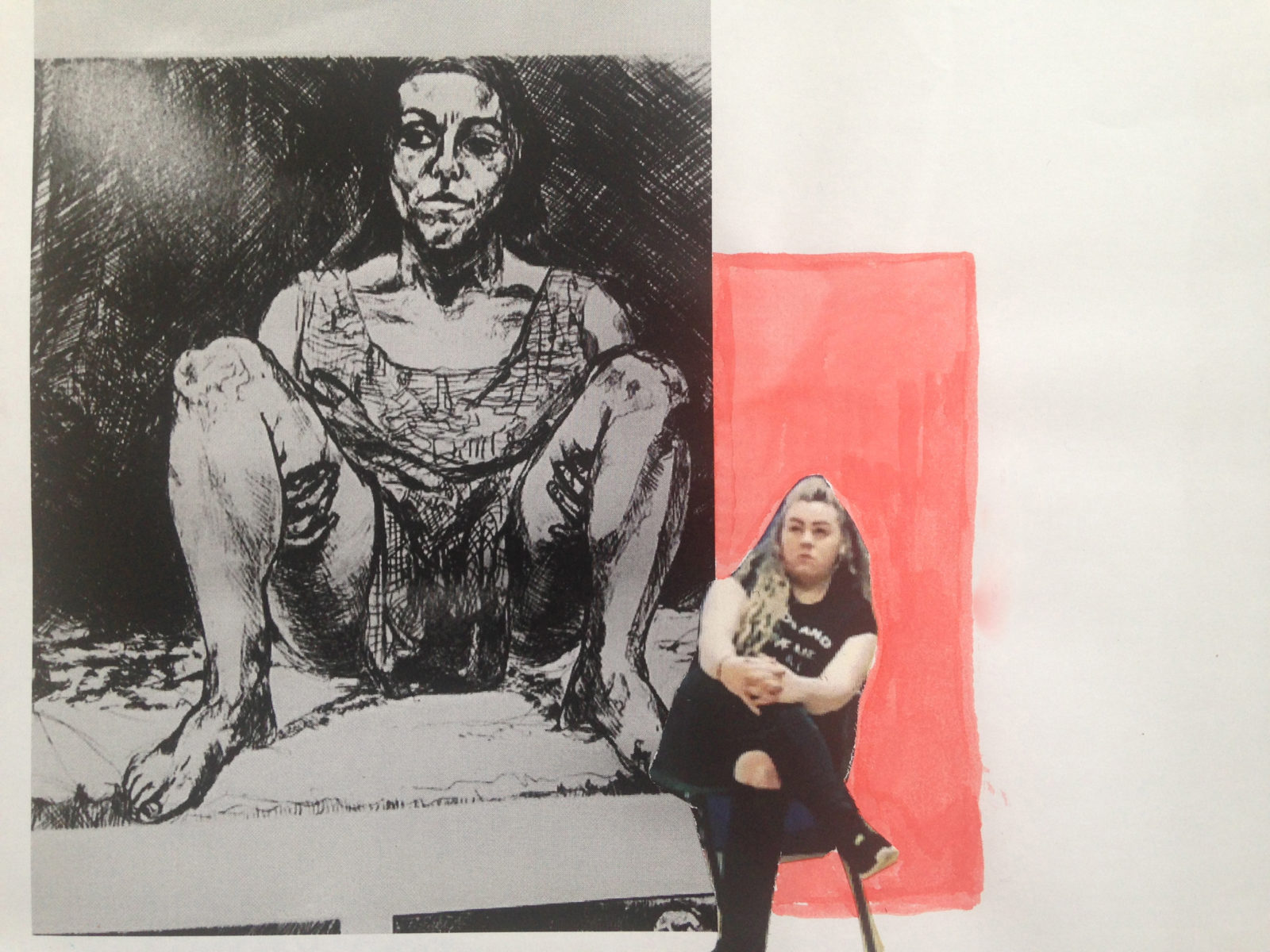