Laura Albeck is a set and costume designer working within live and recorded performance.

She graduated with a degree in Performance Design & Practice from Central Saint Martins in 2016, and has since worked as a freelance designer for, amongst others, Chrysalis London and Merlin Entertainments. She was a 2017 Linbury Prize finalist, and awarded a National Theatre bursary for 2018 through which she assisted designer Es Devlin during the creation of The Lehman Trilogy.

Laura has an academic background in art history from The University of Copenhagen and Columbia University, New York, and professional experience in curating.

Laura is a founding member of the young design collective Year of the Dog, consisting of designers based in London and Copenhagen, whose core approach is harnessing the benefits of collaboration, combining innovative technology and authentic craftsmanship in an artistic investigation of conceptual and practical applications. 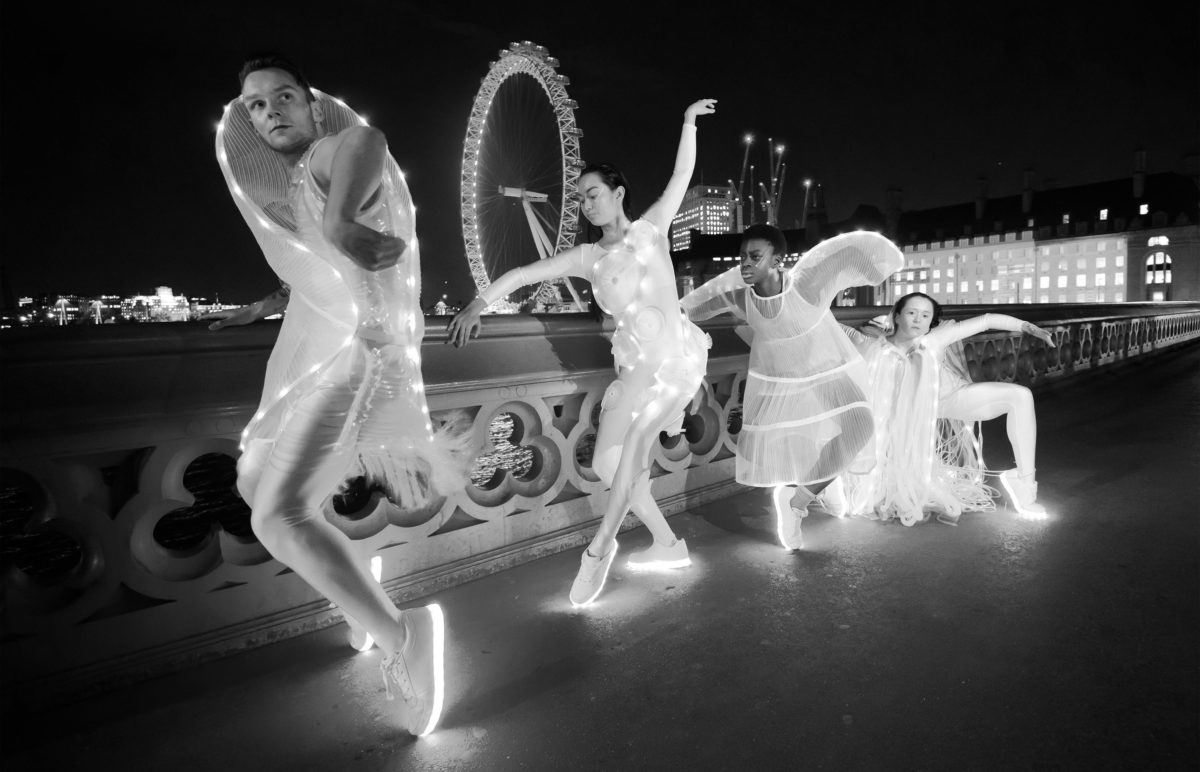 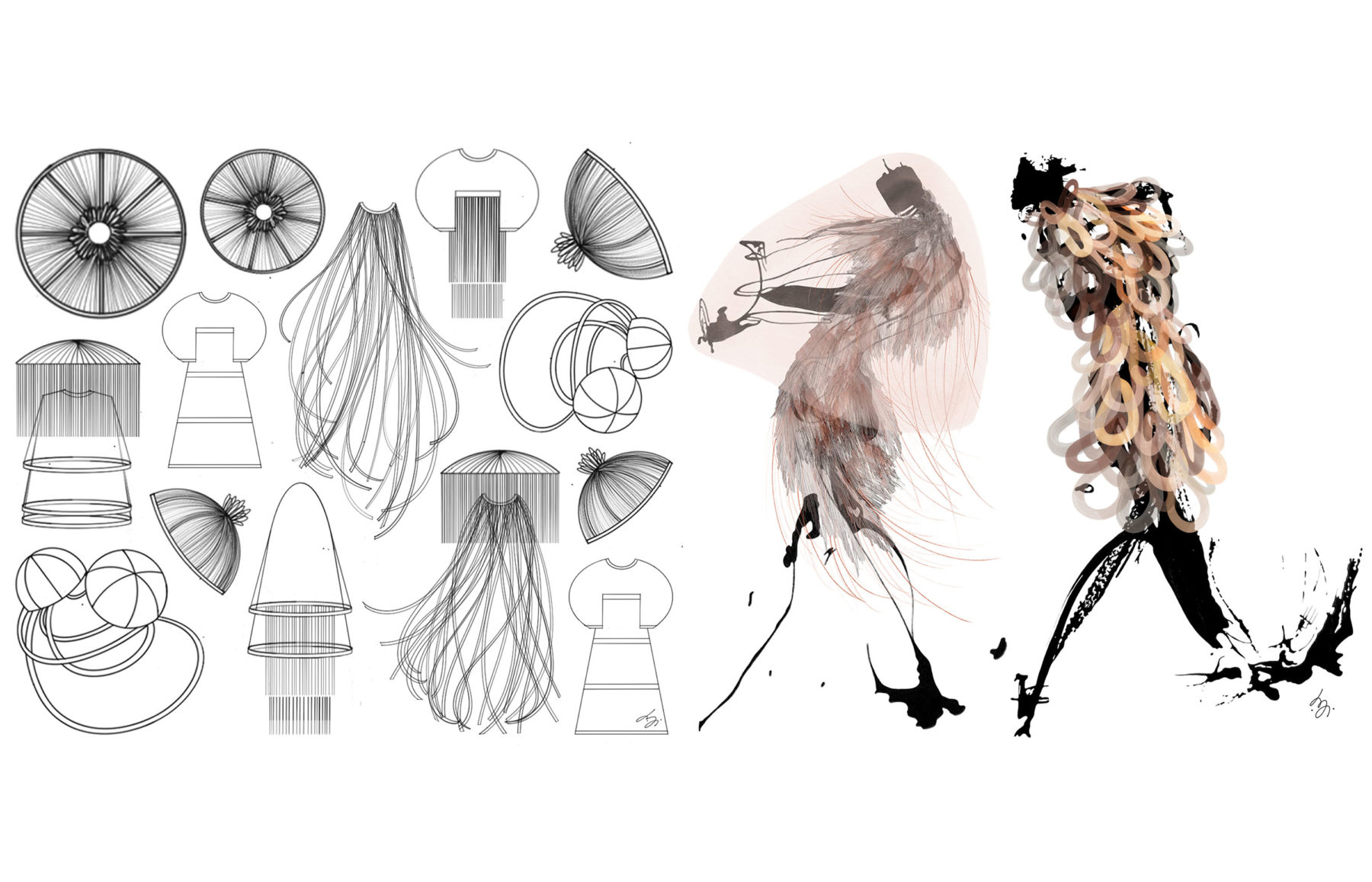 Staged at Sea Life London Aquarium as the opening event for the jellyfish-themed exhibition Ocean Invaders. LED-based lighting was incorporated into the costumes as the performance happened outdoor at Southbank at night, lit by large scale projections on the building facades.

The use of LEDs moreover alluded to the bioluminescence and wide colour gamut of jellyfish. The 18 costumes aimed to function as a cohesive collection with numerous self-referential details, while making use of archetypal jellyfish shapes and elements in a figurative way – referencing what in our shared perception defines jellyfish. Some designs expanded the physical sphere of the dancers and allowed for exploration of bodily space. The designs ultimately aimed to show the jellyfish in its habitat – suspended and floating in water. Plastic-based materials were a recurrent theme in most of the costumes, both for their translucent, water-like qualities and as an indirect reference to sea pollution. 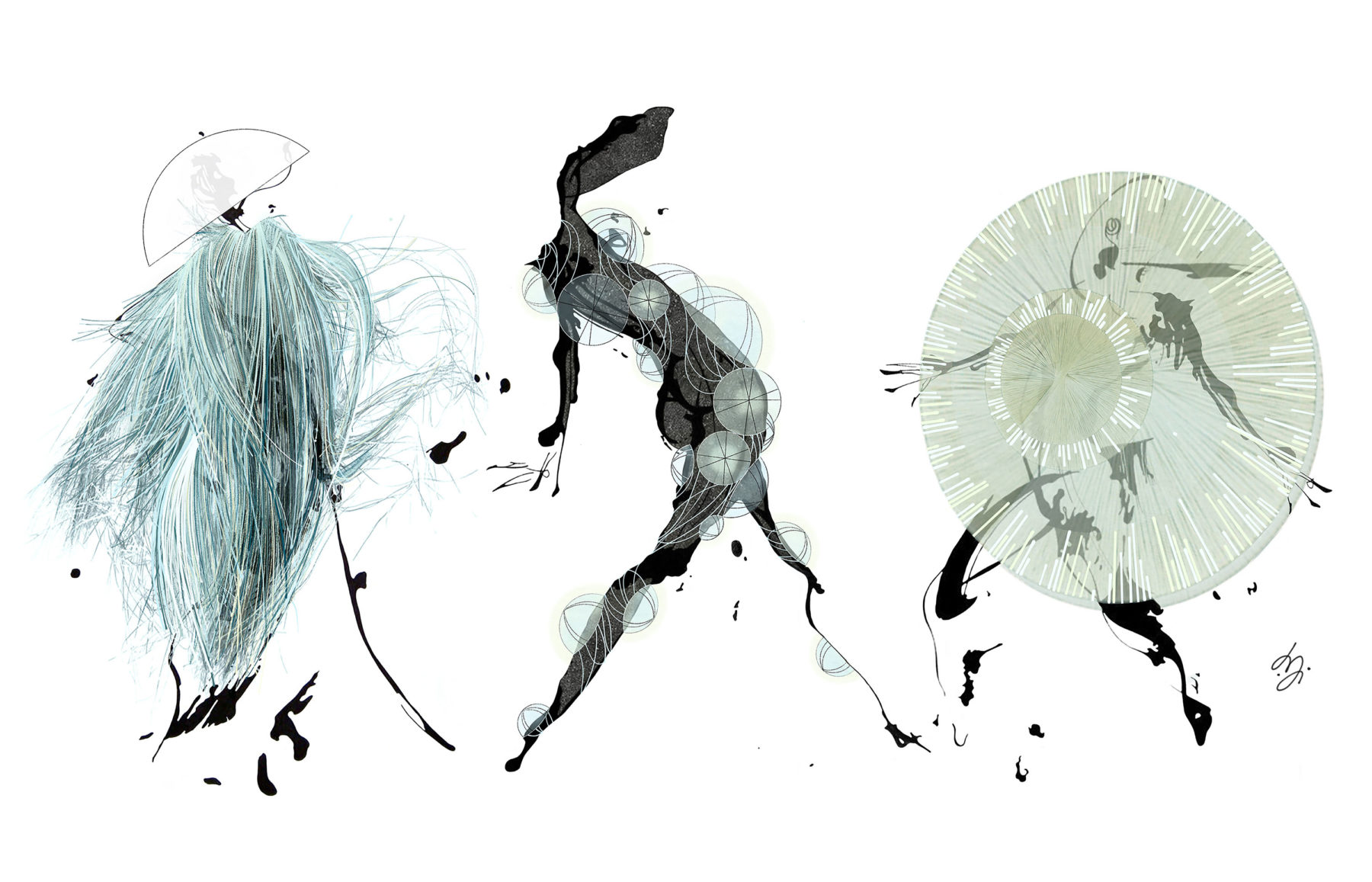 OTHER DESIGNERS IN THE South East REGION