Rajha Shakiry was born in Iraq and educated in England. After an honours degree in Mathematics, she re-trained in Theatre Design, graduating from Wimbledon School of Art, followed by a distinction in MA Scenography from Royal Central School of Speech and Drama. Rajha works as a freelance theatre and performance designer.

Rajha has exhibited her work at the V&A Museum, part of the Society of British Theatre Designers Make:Believe Exhibition, 2015 and at Transformation & Revelation, 2011. She was selected as a finalist alongside 100 International Designers to exhibit her work at the World Stage Design, 2013. 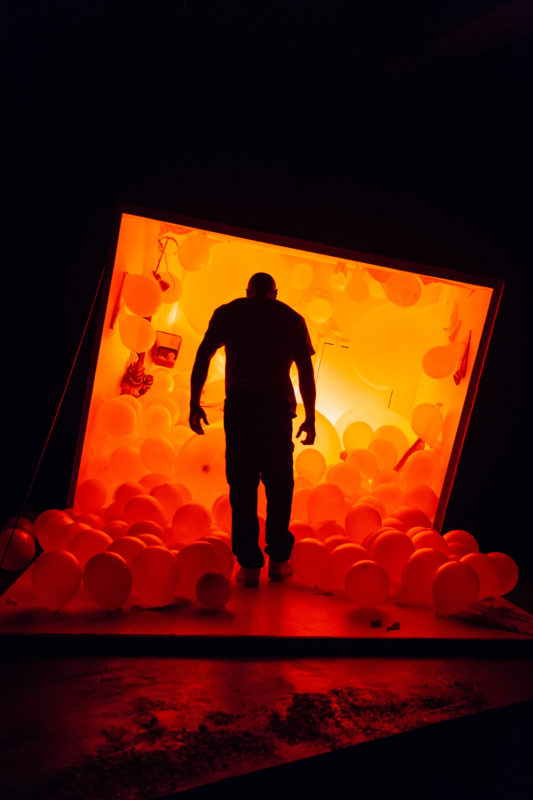 Omar Elerian (director) and I started our collaboration after I was sent a 20-minute scratch performance of Misty, recorded in 2015. Misty is about an underdog, a singer and a writer. It’s about the gentrification of inner-city London, integrating naturalistic dialogue, performance poetry and grime music. During our conversations, Omar wanted to incorporate the orange balloon as the surreal symbolism of subconscious thought. The balloons dramaturgical function explores self-doubt and the various forms of struggle they bring to the writer.

My design idea for Misty formed whilst travelling on the top deck of a bus, during a rainy London rush hour. Inspired by the shapes and textures of the journey, the wet street tarmac and concrete buildings were the base blocks of our world. In order to create the various locations and narratives that run through Misty, we used abstraction and playing with perspectives. With the collaboration of the whole creative team along with Omar’s avant–garde aesthetics, we were able to achieve a clarity and ability to shift between various realities with relative ease. 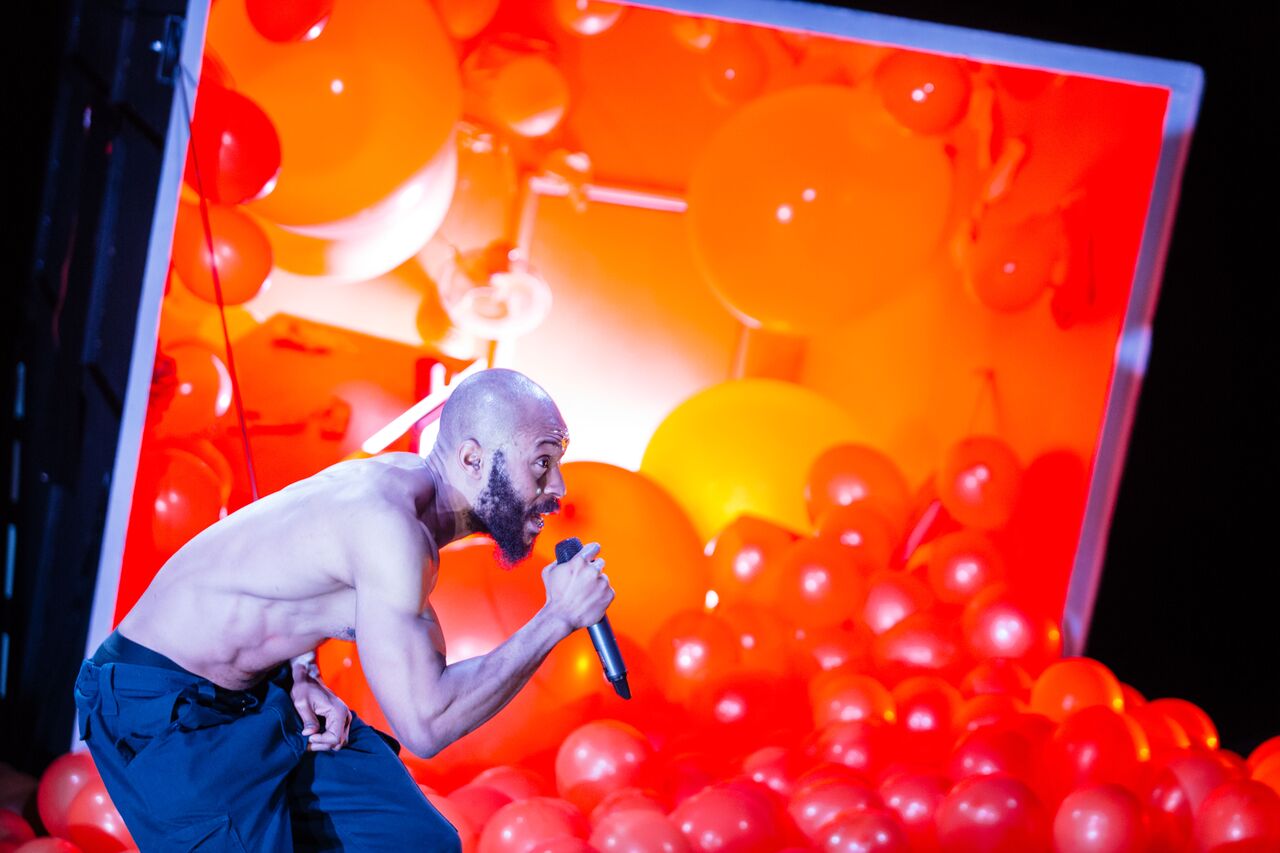 I was born in Baghdad and due to the political climate of the time, we were forced to move to the UK. This experience has undoubtedly had a massive effect on my practice and the context of my work. My outlook and interpretation reflects my underlying understanding of being the exile, immigrant, migrant, refugee, the other. This perplexed state of being and existing is fundamental in portraying a wider more inclusive type of theatre.”