Raphaé Memon is an award-winning designer whose practice ranges between the disciplines of creative direction, stage design, scenography, performance and architecture. His theatre interests developed whilst studying Architecture at Manchester, where he was a clarinetist for Manchester University Wind Orchestra, and stage designer for Sweeney Todd.

He gained his Master’s in Architecture at UCL, London, where he researched scenography in architectural space. Raphaé continues his practice in design, as well as performance, with selected experiences including: the design of a sculptural tree for a one-night-only performance re-imagining Wagner’s opera Tristan und Isolde in Oxford; set design projects for fashion editorial; work for the London Design Festival 2017 at the V&A; cast as performer in WeAreHere, the UK-wide performance event by Jeremy Deller and Rufus Norris of the National Theatre; cast as performer and participant in Nomadic School at the Homo Novus International Festival of Contemporary Theatre in Riga, Latvia. 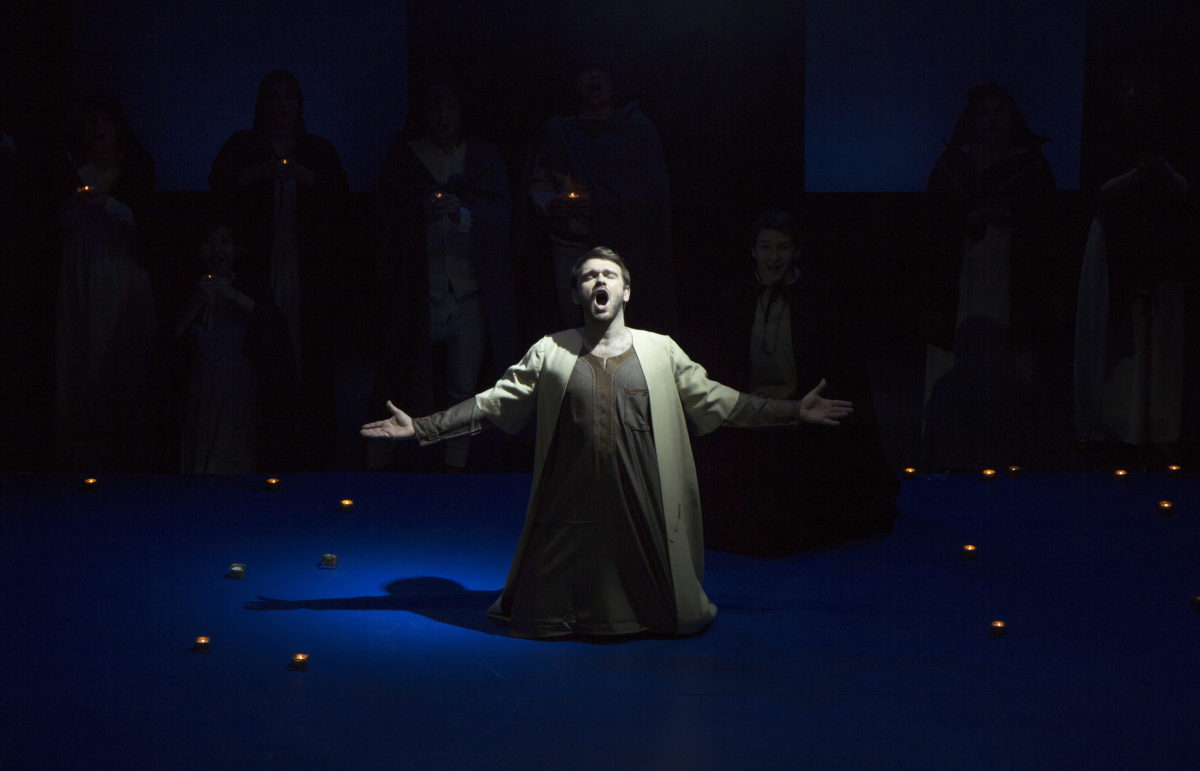 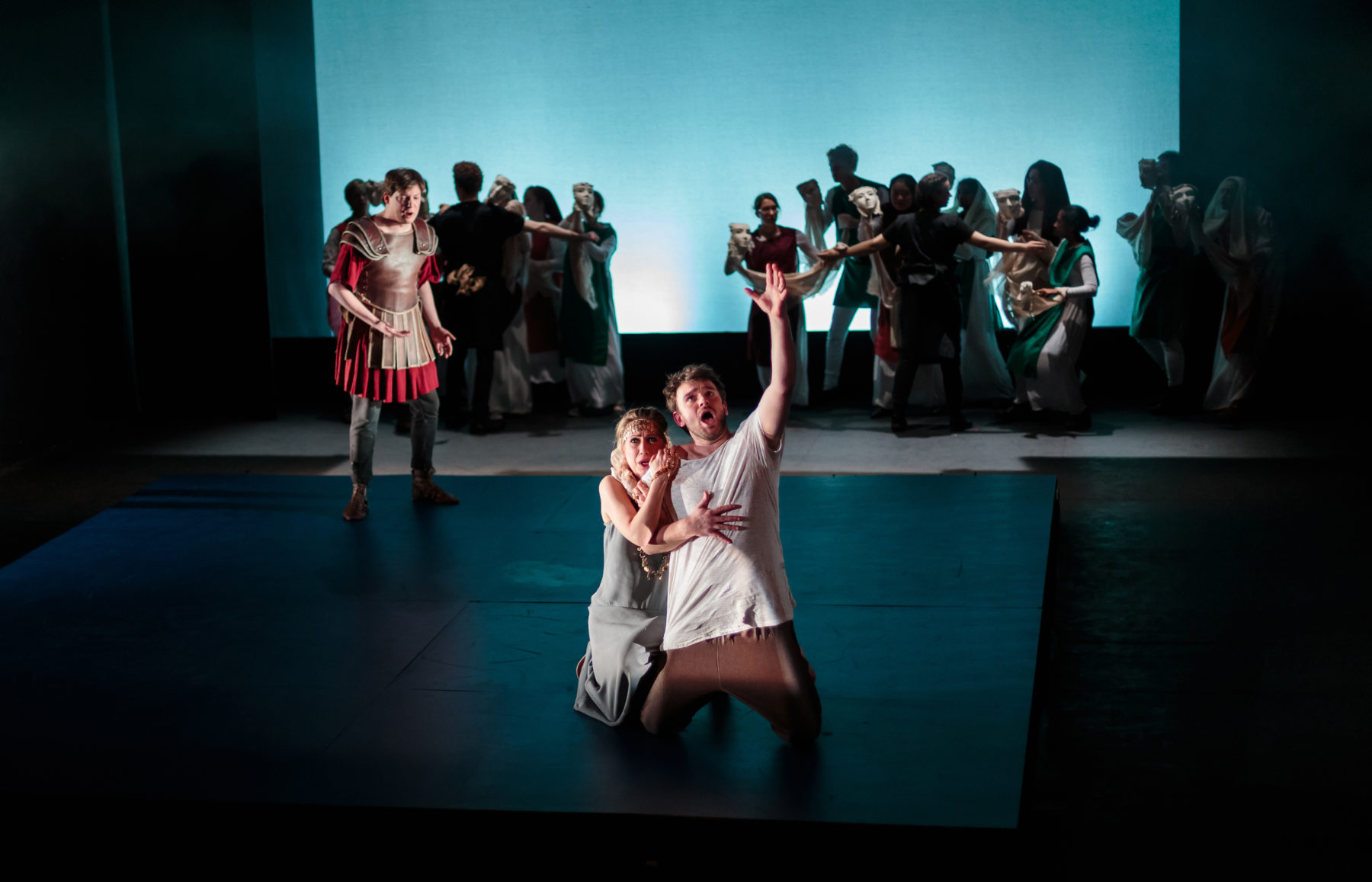 UCOpera presented the British premiere of Charles Gounod’s rarely performed opera Polyeucte in March 2018 at Theatre Royal Stratford East, London. It received critical acclaim by theatre reviewers from the Guardian, Telegraph and The Stage, as well as audiences. The show was design-led from the start, encouraged by an early dialogue between the director and designer.

In May 2018 Polyeucte won Best Design at UCL’s Arts Colours Awards in London. The show was a unique collaboration between professional singers, directors, and designer, and a fully-student chorus and orchestra, provided by UCL which does not boast a music or theatre department. Presenting an opera of this scale, in a traditional London opera house was a great effort in team-work, involving technical stage crew teams, costume supervisors, as well as student volunteers. This was especially notable during an incident where the set was impacted by a fire shortly before Production Week. 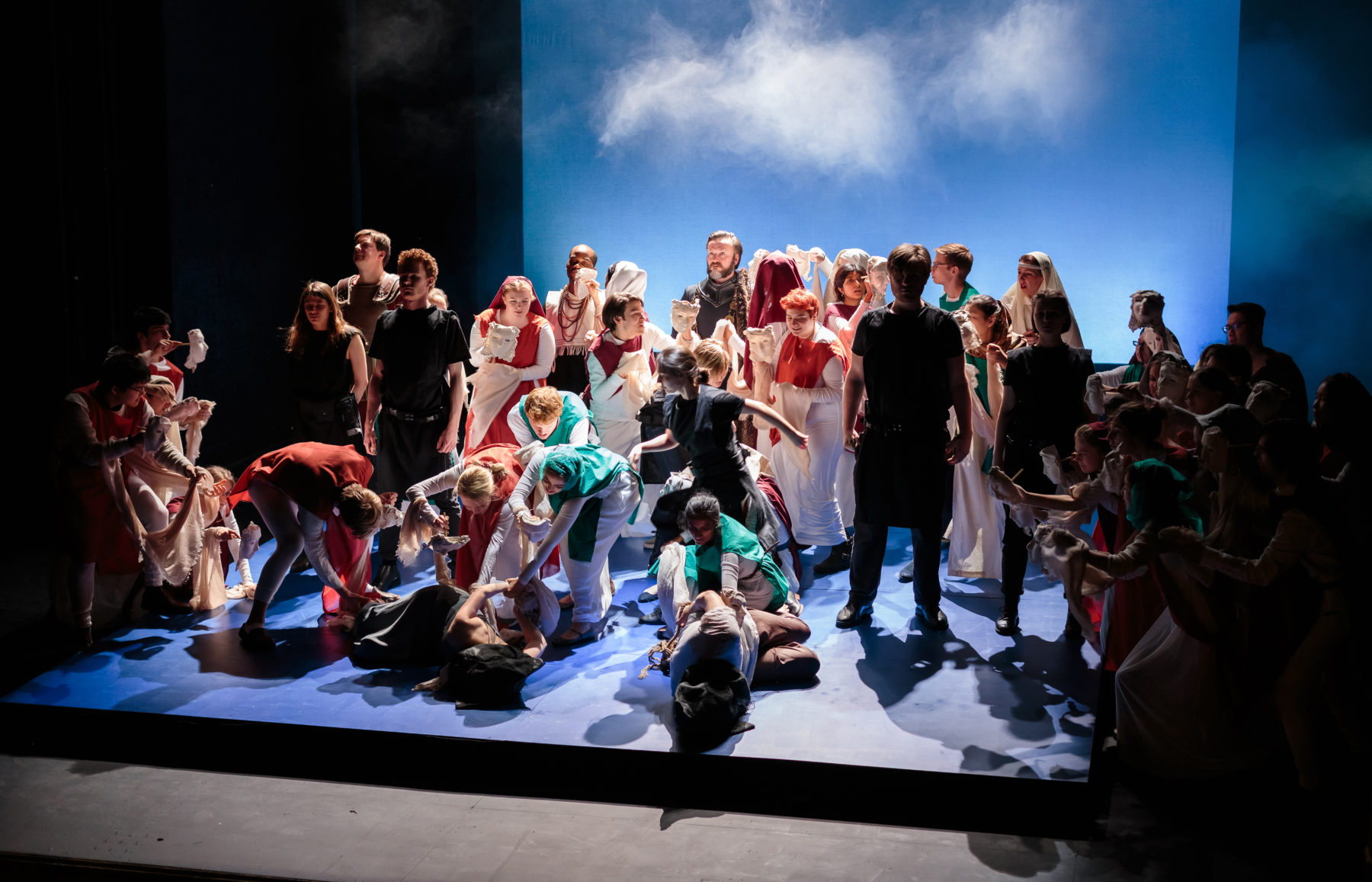