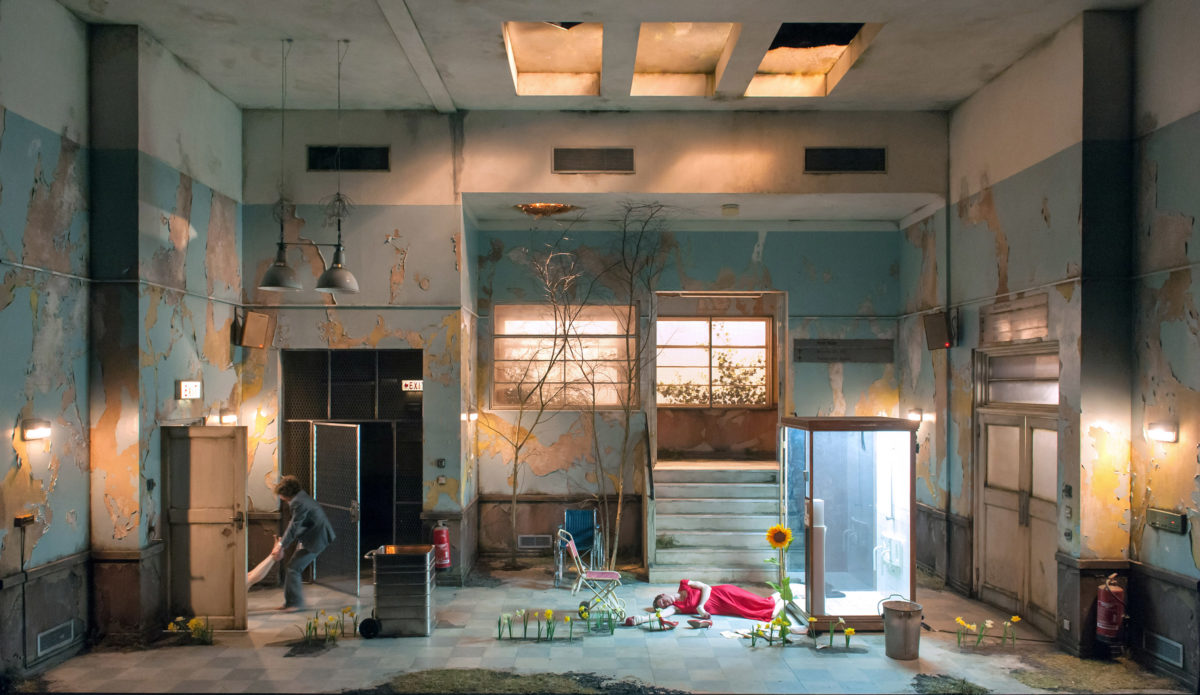 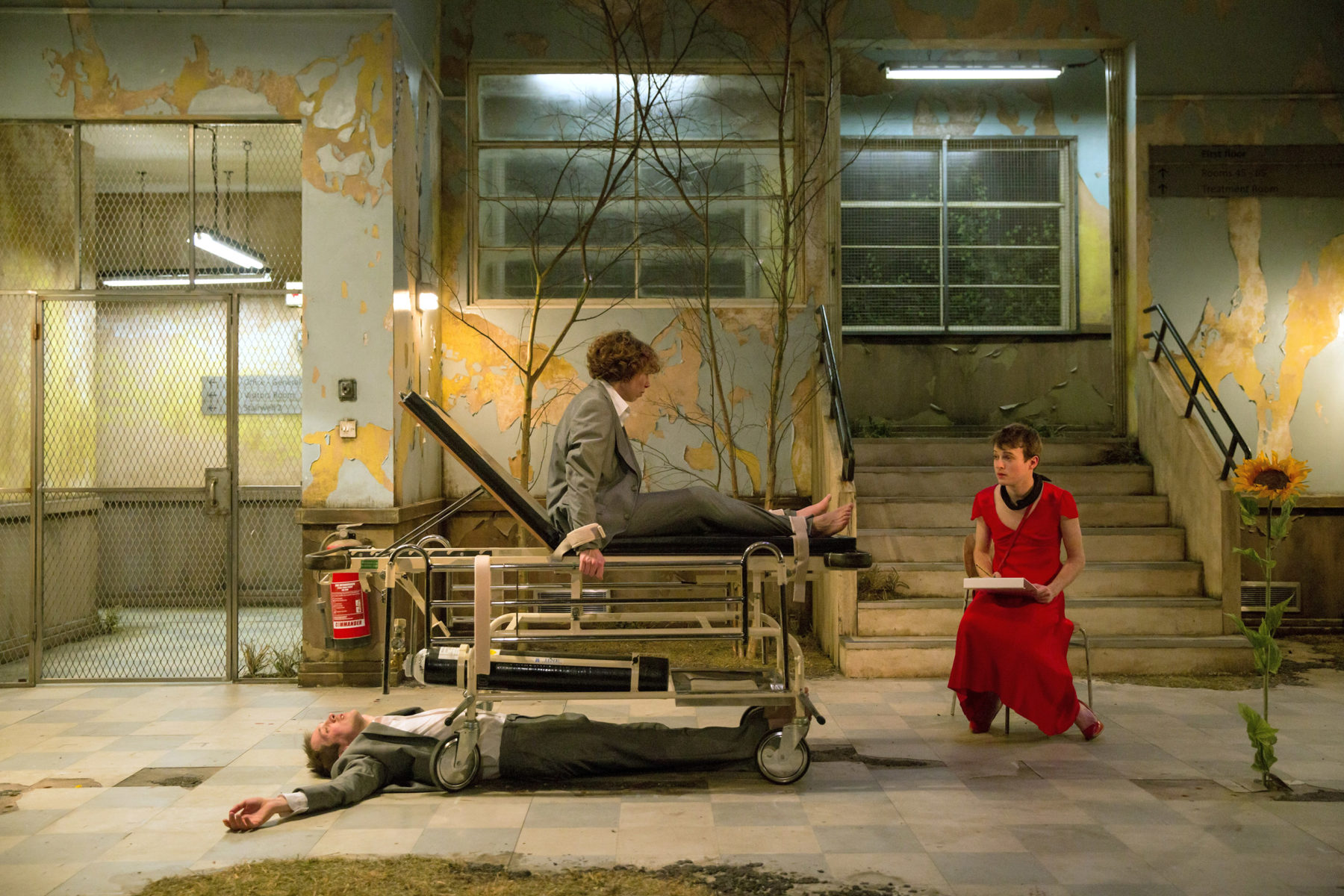 Sarah Kane’s Cleansed is infamous for its scenes of violence and unflinching portrayal of the extremes of personal relationships. Whilst the script separates the location of each scene, a decision was made to conflate the locations to one composite space.

The play is almost dreamlike in its more surreal moments and we used imagery from dreams to make sense of images such as flowers growing through the floor and imaginary figures inflicting physical harm to other characters. The set was also a composite: part hospital, part school, part psychiatric facility; its partial return to nature crosses the line between interior and exteriors.

The design developed in the studio from references of abandoned buildings in which being trapped and unable to leave might instil a sense of terror. Developing realistic images for the most difficult and upsetting moments in Kane’s play, increased the tension between audience and performer. 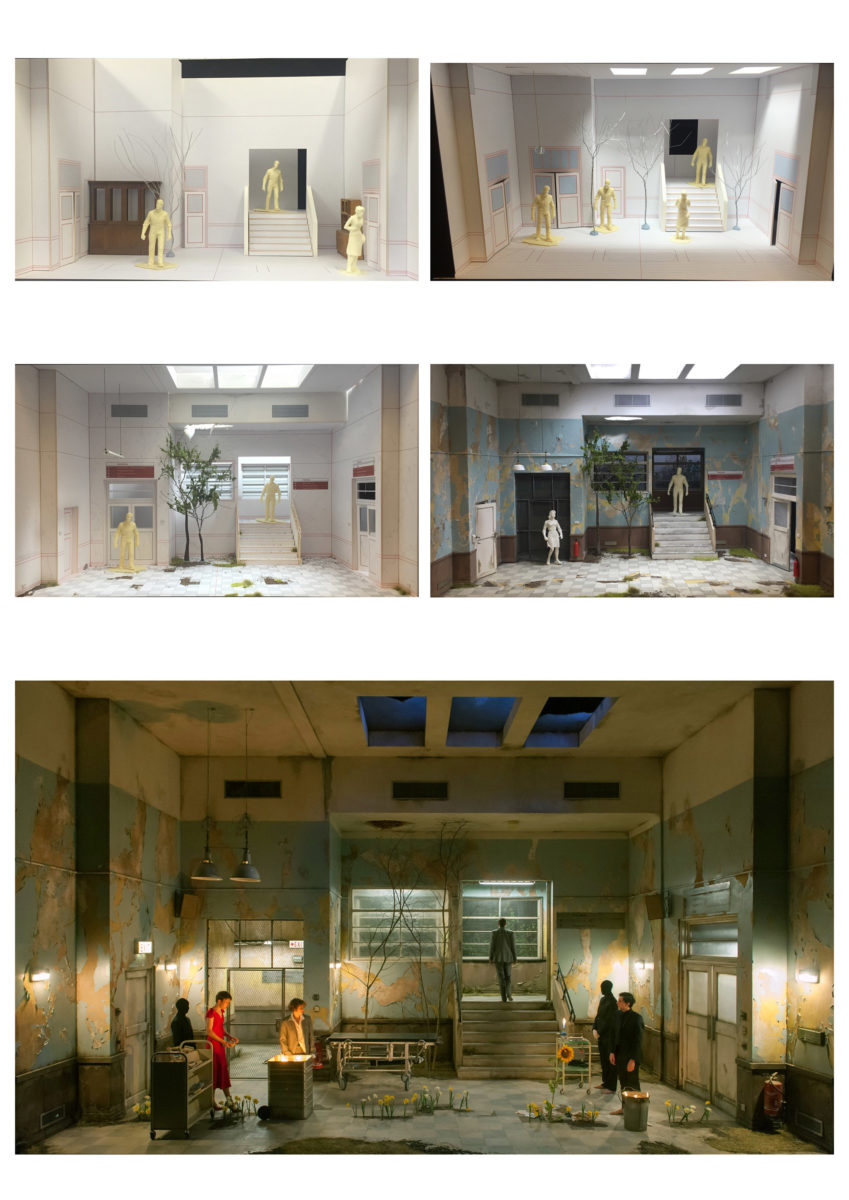