I am a Scenographer originally from Greece, now based in London. I have first been trained as an Engineer at the National Technical University of Athens and later continued my education in Scenography at the Royal Central School of Speech and Drama.

I have worked as a set designer in Athens and in London. My personal scenographic work is highly experimental and I have a particular interest in Ancient Greek Tragedy and its contemporary significance, which at the moment, I am considering to take it to a Research Degree level. 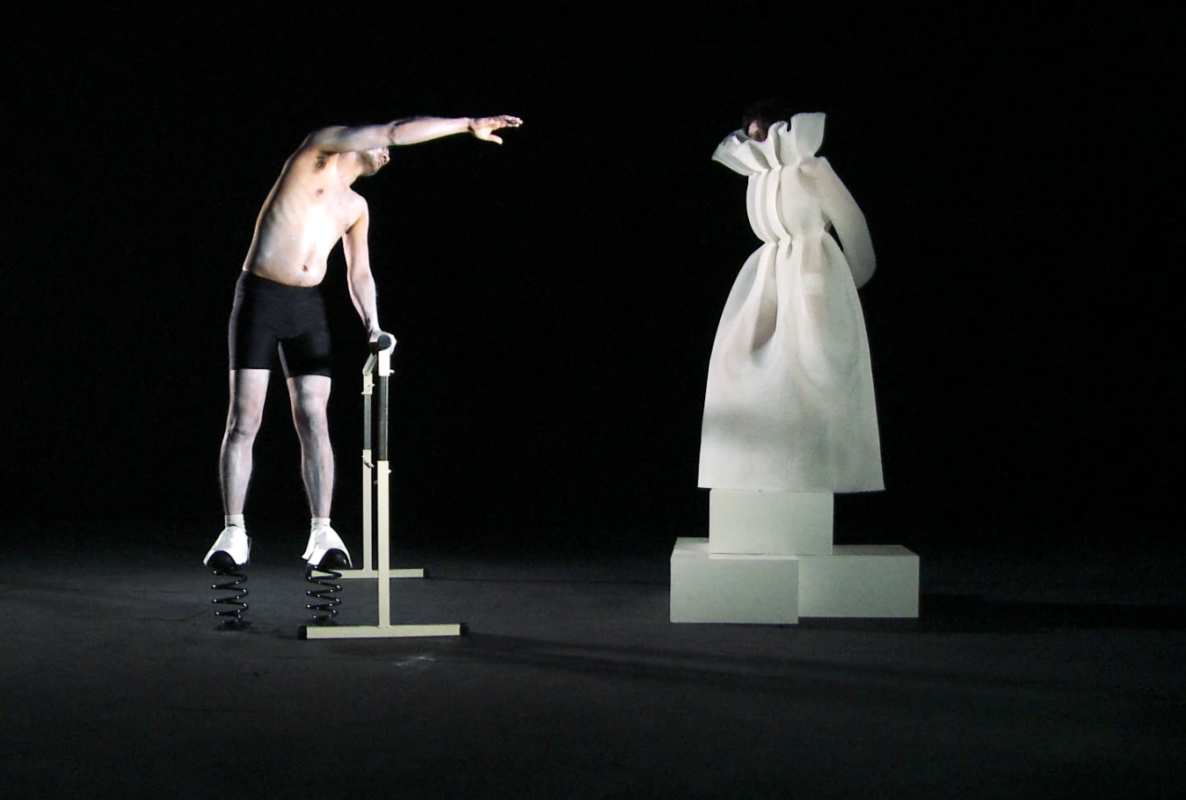 Greek Precarious Body is a performance that was developed under my Sustained Independent Project for the Scenography Open Studio Exhibition 2017 in the Royal Central School of Speech and Drama. It is inspired and informed by the myth of Oedipus. This performance is basically itself part of my creative process.

The purpose was to develop costumes for Jocasta and Oedipus, which would be able to communicate their precarious situation. The idea is based on that the costumes should be able to cause physical control and restriction on the body. For this reason I have followed an improvised design process where I tried to find materials that restrict the body. This process followed more the idea of thinking through the materials and their engineering properties, rather than speculate a design mentally and then realize it. So, relevantly, in order to understand those costumes’ performative potential, I had to explore their relationship between them and the human body. 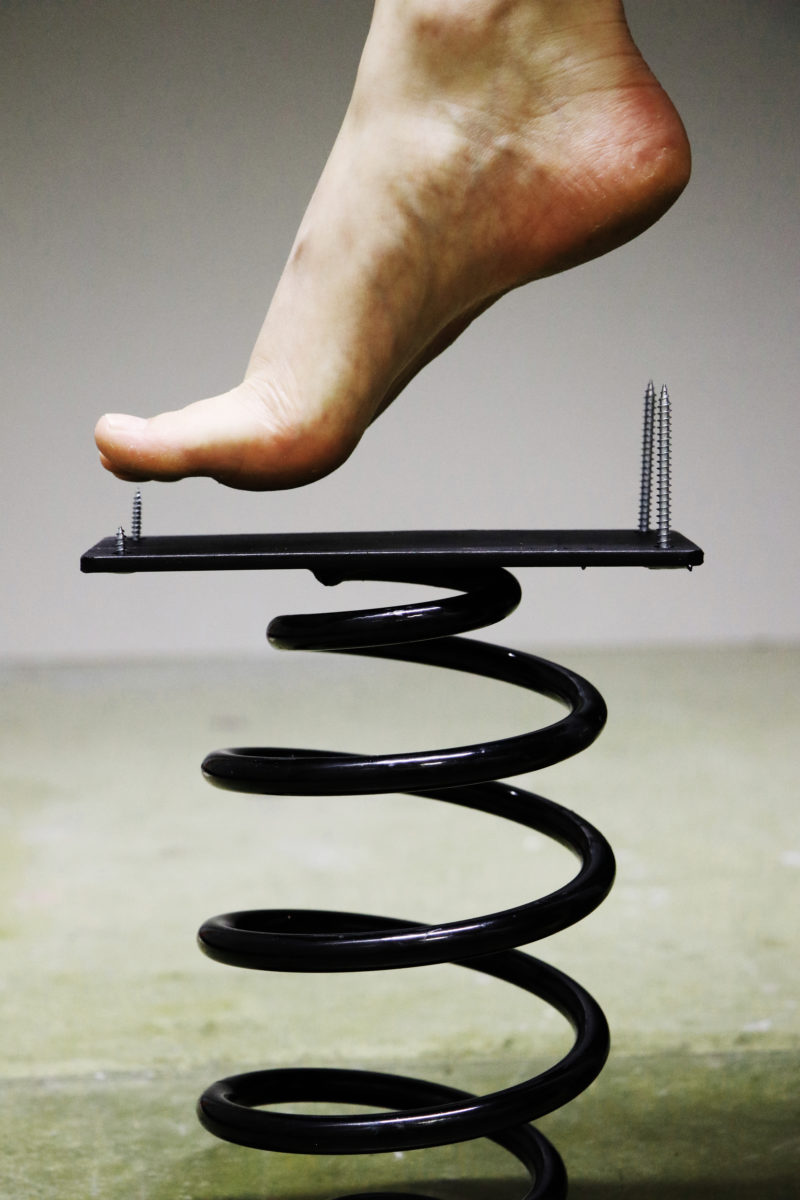