Katherina Radeva is a Bulgarian born award winning set and costume designer based in Scotland whose work tours across the globe.

Katherina is the co-founder and co-director of contemporary theatre company Two Destination Language. 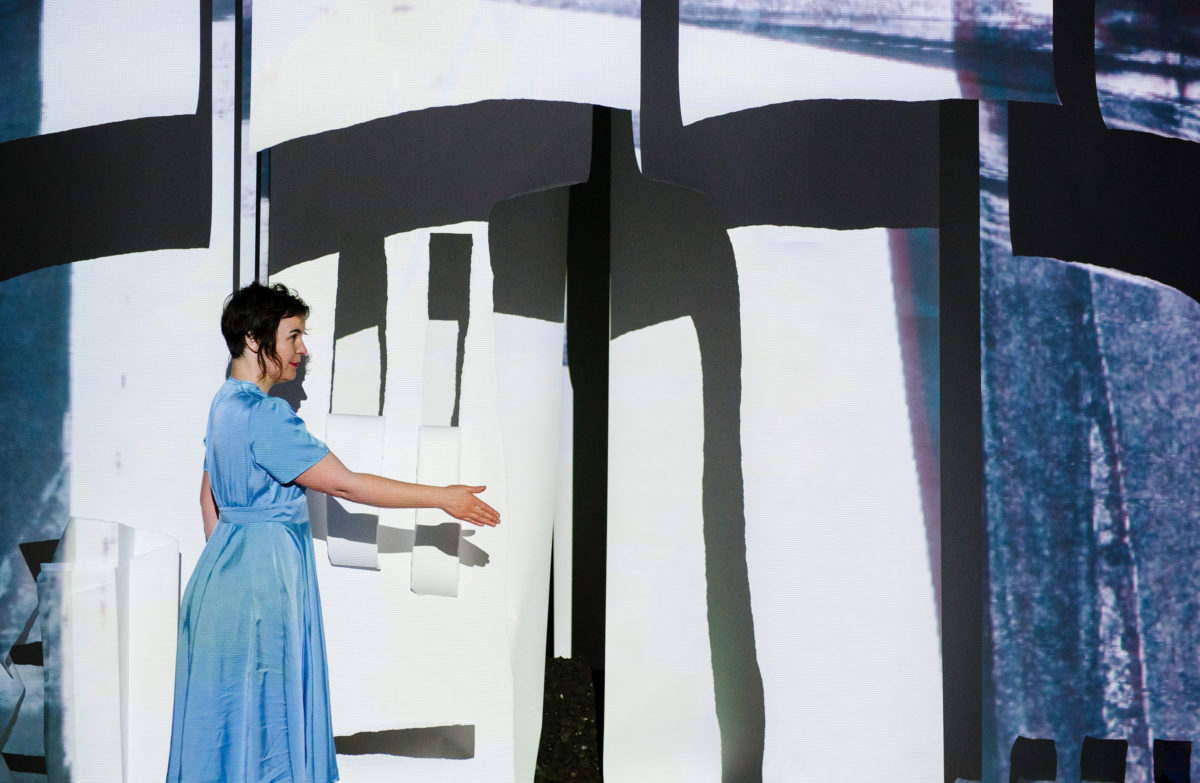 Declining Solo is about how we deal with the overwhelm of memory, and about the slow loss of a loved one.

So I was really keen in the design for this show to use the depth of the stage as a metaphor for going deeper into memory within the narrative. A bit like a onion, to slowly unveil and sculpt those memories, and for them to have a physical presence and not just a spoken/ imagined presence. The design also had to incorporate a lot of video, so whatever might be sculpted, it had to be done in a way where the projection would also work on the 3D shape it was hitting. Also, the design involved real coal on stage which the performer used to invoke the fragmentation and the messiness of memory. Each chunk of coal with its dust and dirt carefully forming a complex picture of uncontrollable residues spreading.

My practice is forever evolving. The projects I create and work on are always with contemporary issues at their heart. They take places on stages, in car parks, in parks, in shopping malls, in big spaces, in small spaces; in that sense place-making is a part of it. I don’t often leave permanent objects in the built environment, but working to meld tradition with contemporary artistic and political ideas is part of my practice in both community projects and stage shows.”

OTHER DESIGNERS IN THE Scotland REGION