Alison is a scenographer working in theatre, dance, installation, and site specific environments. She aims to use scenography to form deep connections between people, place, and story, and to give the audience agency. Her work includes a mix of text based, devised, and self-led projects.

She is currently a recipient of an Arts Council England Developing Creative Practice Award, through which she is exploring Participatory Scenography-  a design-led practice that aims to deepen connections with audiences and communities through socially engaged co-building of scenographic adventures in public places.

Alison trained at the Royal Academy of Dramatic Art and is represented by The Designer’s Formation. She is a resident at Pervasive Media Studio and Associate Artist at the Marlowe Theatre, Canterbury. She is also co-founder of Bread & Goose, a theatre company who make site based and touring performances and installations. 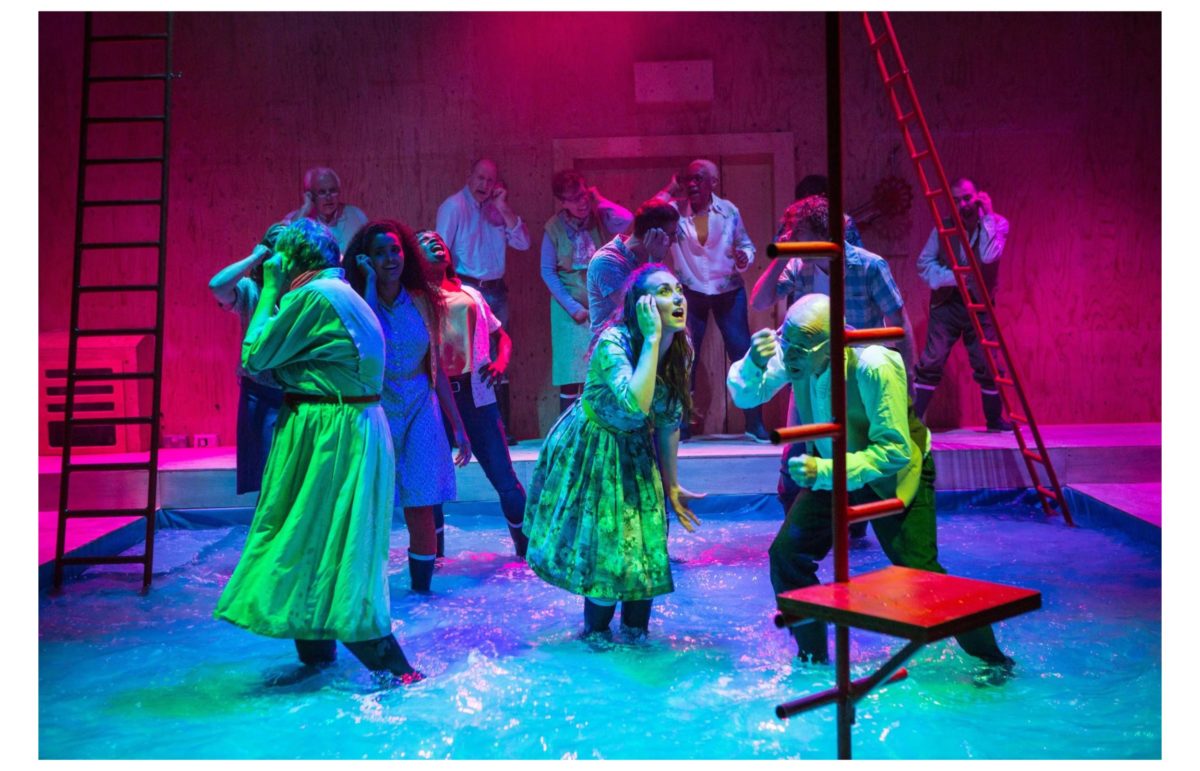 The Curtain was a community project inspired by the themes of communication and being an outsider. We devised the work with local people who had experience of arriving in the UK from somewhere else and spoke languages other than English, or who had experienced stroke and related challenges in communicating.

The set had to be designed before the devising process and the script were completed, so I wanted to create a space that offered many possibilities and formed a framework for words and movement to evolve. Rachel’s provocation to me was to encourage interesting movement and interaction from a non-professional cast, and my response was an organic, water filled space that could be both ominous and inviting, offering texture, playfulness, and the transformative properties of light. Ladders providing spaces of sanctuary and isolation, and the audience sat inches away, sharing the proximity to the water and the performers stories. 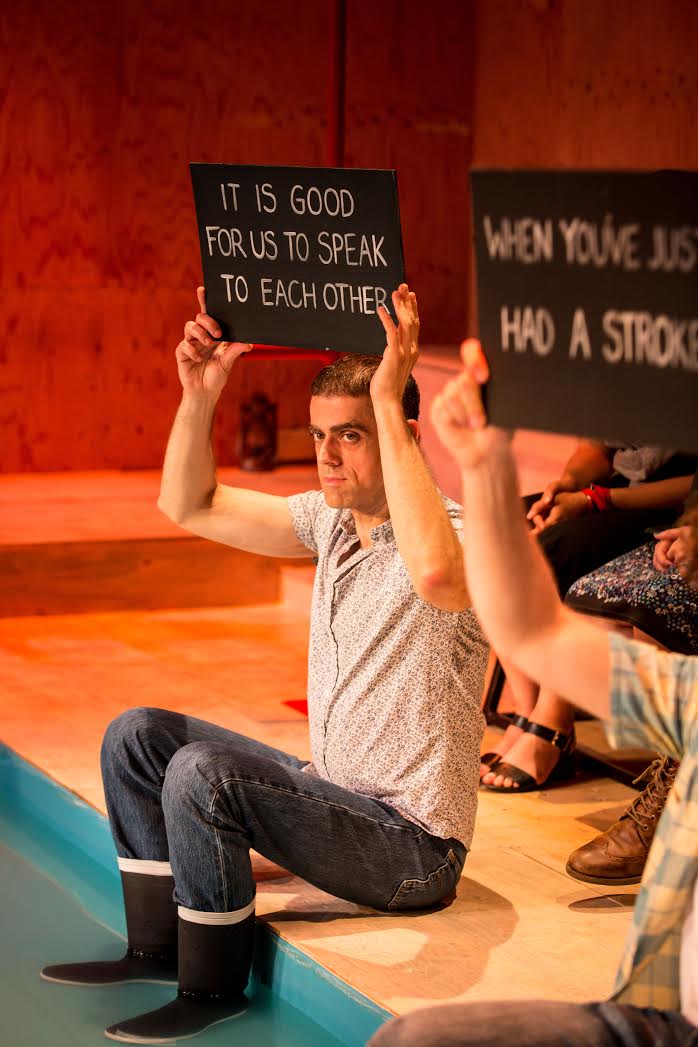