Janet is Designer and Co-Artistic Director of Talking Birds, whose 25-year practice explores the complex relationships between people and place. The company is well known for its site-specific Theatre of Place; its interactive works for festivals (such as The Whale and The Q); its pioneering mobile captioning tool, the Difference Engine; and its smaller sociable events which bring people together for unexpected conversations in unusual places.

In her freelance career, Janet has designed for Theatre Absolute, including Street Trilogy, Hang Lenny Pope and Cloudburst; Belgrade Theatre (We Love You City, Drink the Mercury, Red Snapper, flexible season set-kit for Community & Education); Birmingham Rep (Paradise); and the Retail Ready People pop-up shop kit for vInspired/Retail Trust in 2013. Janet’s designs went to the Prague Quadrennial in 1999 and 2015, and she is part of Julie’s Bicycle’s first cohort of Creative Climate Leaders. 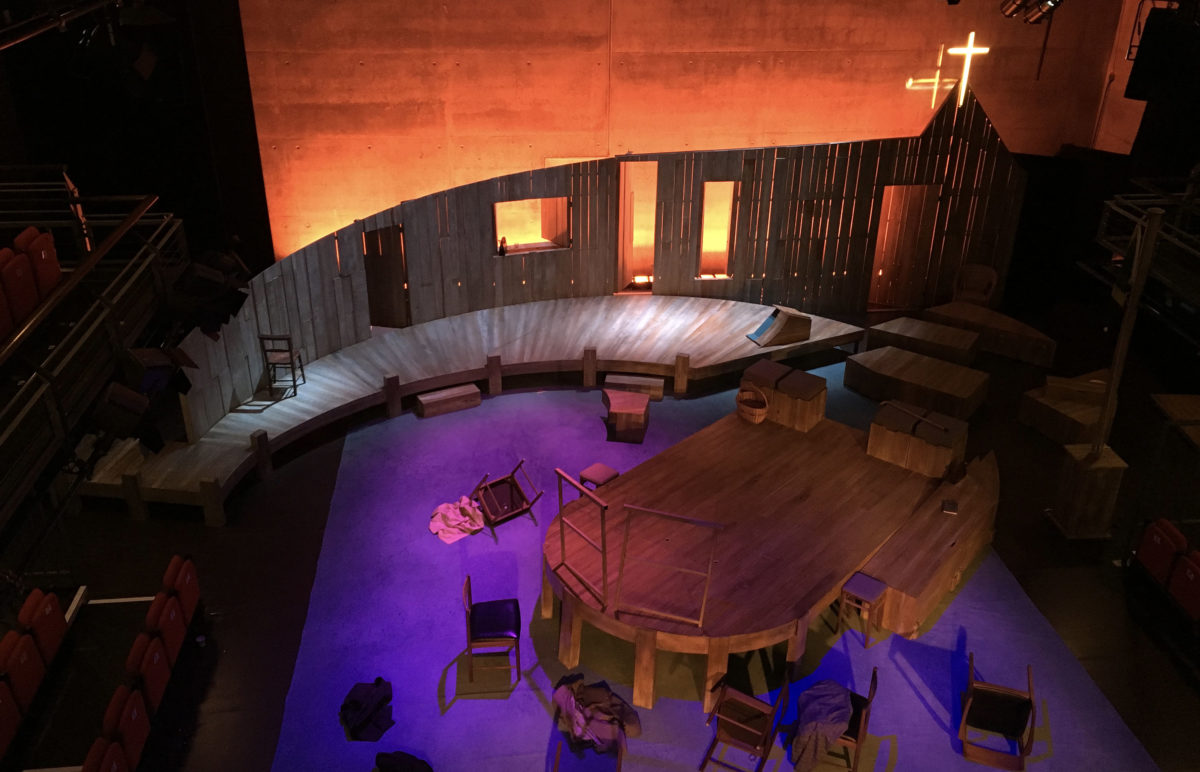 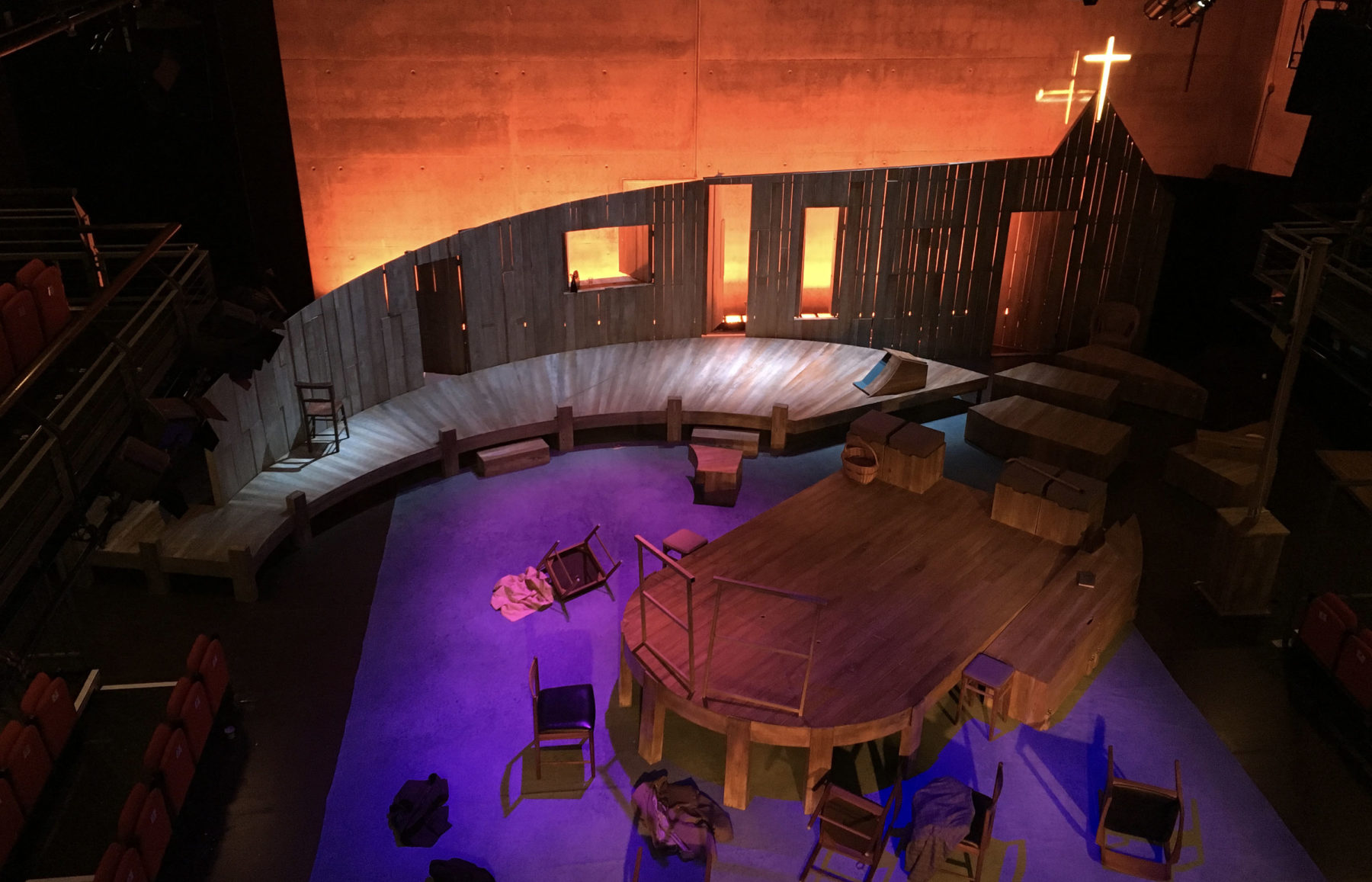 Set in Jamaica in 1962, Red Snapper tells the story of five women and their councillor husbands - and of the personal and political tensions stirred up by an impending visit from Fidel Castro. The two really interesting design challenges were firstly that the cast of 5 women alternate (very quickly!) between male and female roles; and secondly that the action moves seamlessly between the council chamber and James Bond-creator Ian Fleming’s yacht.

These photos show the development of the set design. There were a lot of elements to get in: I wanted to evoke a very definite sense of place – particularly of the harbourside and the council chamber – but then to effect a very unexpected transformation into the yacht and, through the breaking up of the curve of the set, to emphasise the literal and metaphorical distance opening up between the women and the shore. 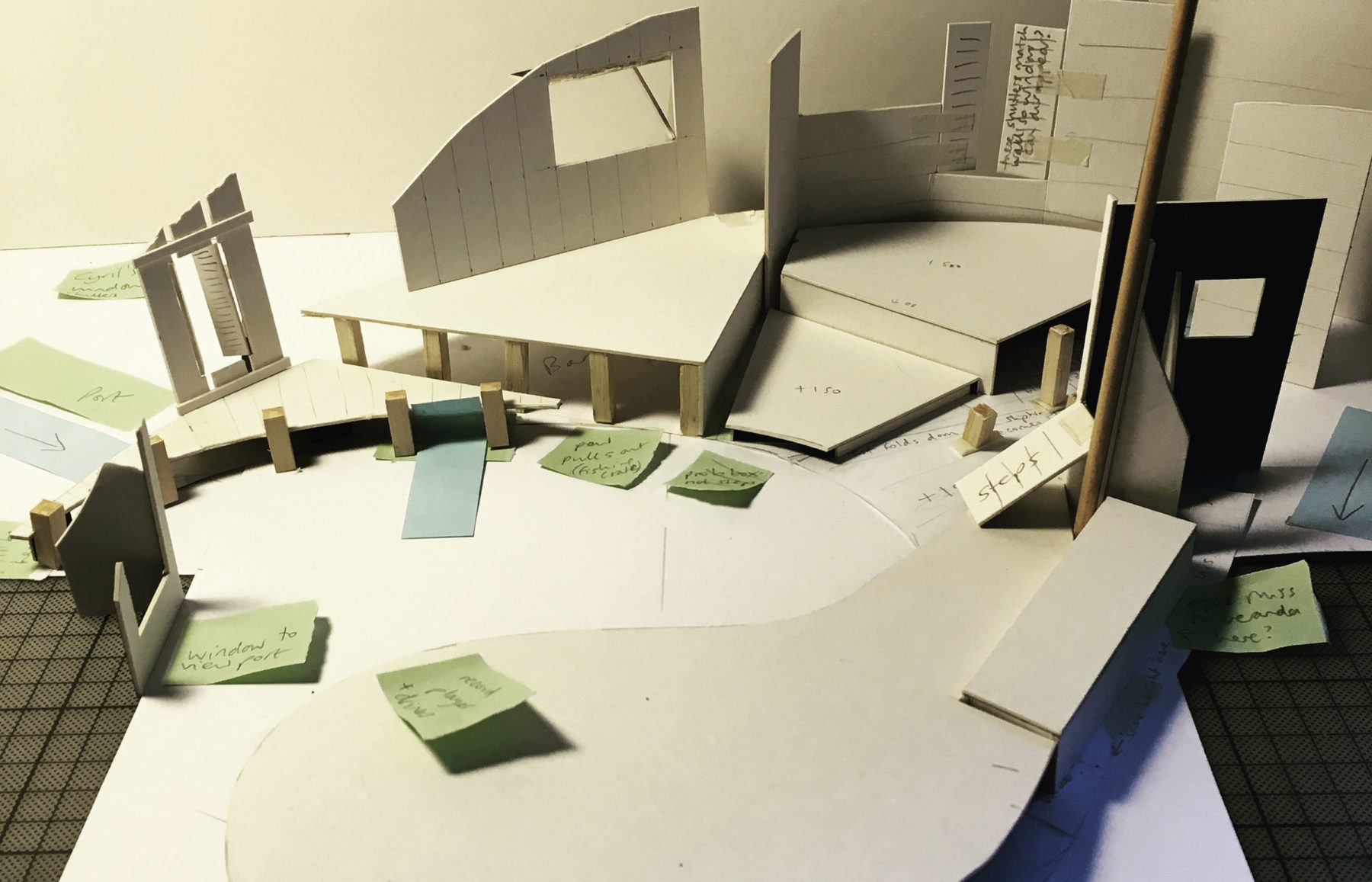 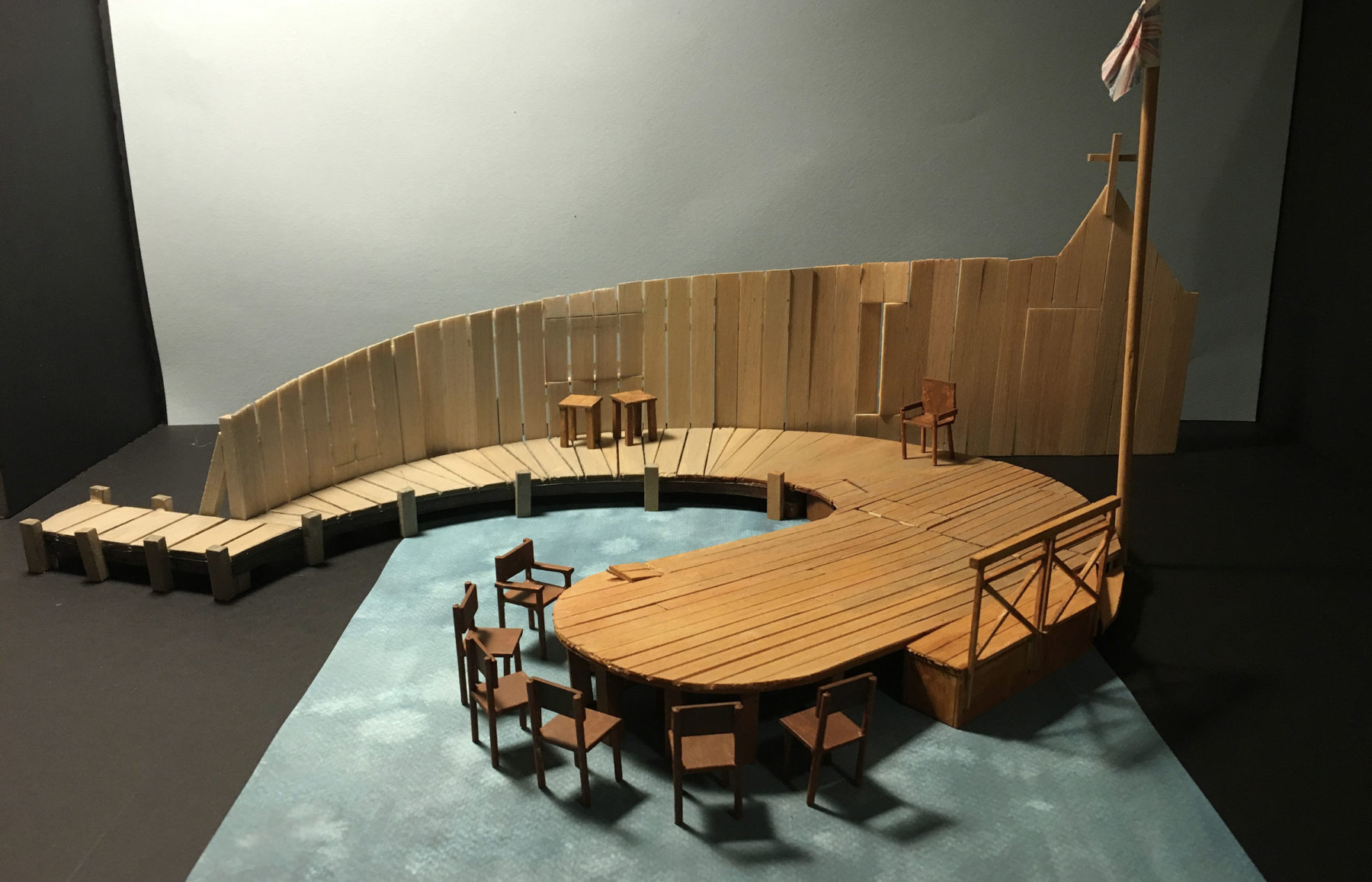 OTHER DESIGNERS IN THE Midlands REGION